Sometimes Less than Lethal Is A Consideration

It should come as no surprise that we advocate carrying firearms for personal protection. I mean, after all, we do offer a number of courses geared around that very topic. Even so, there are a number of reasons one may utilize a non-lethal method of protection. It could be as simple as the particular environment doesn’t allow for the carrying of firearms (airports, federal buildings, liberal-run cities, etc..). Then there are times where non-lethal methods are simply a preferred method to neutralize the threat (bare-handed threat, an angry drunk, etc..). While I offered a few examples that’s not to say those examples wouldn’t warrant deadly force. That question as well as the decision is really one that you have to make given the specific situation and all information available to you. That decision is a heavy one that holds both your life and the threat as a consequence of how you decide to act. The purpose of this article is not to get into that discussion, but to rather share some non-lethal weapons and methods of protection for your consideration.

Amazon Disclaimer: As an Amazon Associate I earn from qualifying purchases. We provide honest and comprehensive reviews on various products we believe the Modern Warrior Project community may have an interest in. Typically in those reviews as well as other portions through our site we attempt to monetize our effort by using Amazon links which provide us a commission used. In doing so it allows us to assist in financing the great deal of time and effort put in to providing you with competent and relevant information.

Stun Guns generally operate by passing a nonlethal measure of electric current through prongs into the target that the prongs are in contact with. This electrical shock passing through the body, though ultimately harmless, will usually cause an involuntary muscle contraction in the area surrounding the stun gun contact point.

Stun guns are one of the more well-known methods of non-lethal protection on the market. They are also one that I personally have mixed feelings on. Years ago I had a side business in which I sold stun guns among other things. Having this side gig allowed me plenty of opportunities to play around with stun guns and ultimately lose a lot of respect for them. I messed around with virtually every model in the general market and used to regularly stun myself just to see if it did anything. They didn’t. I literally used to bet friends that I would stun my tongue, the middle part of my nostrils, or whatever else I could talk them into for a quick bet win ( I was young, stupid, and needed some extra drinking money for the weekend). The guns did absolutely nothing other than an uncomfortable zapping feeling. I also would often sneak up and stun an unexpected friend here and there. They would certainly jump and scream, but I’m not confident that it would have disabled them.

As I said I have mixed feelings about them because ultimately I consider them relatively ineffective and very likely so on a crazed attacker. The potential benefit they could offer (and this is why I’m not completely against them) is the surprise reaction. I see a stun gun being beneficial as a surprise hit on a threat….not as a known weapon. What I mean by this is if they know you have it and are going to zap them it will likely be useless, however, if they aren’t expecting it they will likely break grip or jerk away by reaction and potentially give you that window to attack back, escape, or make your next move. It will not likely send them running away in my opinion.

Another very well-known non-lethal defensive method is pepper spray. As indicated by the name pepper spray is a liquid concoction with pepper derivatives and other chemicals. One of the more common being Oleoresin Capsicum (OC). Those of you who have served in the military are likely familiar with the term OC as that’s what they use in the gas chamber you run through in Basic Training. OC is derived from cayenne peppers and works quite well. It gives you a burning sensation on your face and relatively harsh at all your openings (mouth, eyes, nose, etc.). It burns the eyes and before you know it you’re tearing heavily, its hard to see, your face feels like it’s on fire, and as a side benefit, it stings deep into your lungs as well making breathing quite uncomfortable.

This one I consider to be a good option provided you know how to effectively use it. Just like any weapon a fair level of training should be dedicated to this if you plan to carry it for personal protection. This goes for quickly (blindly) deploying it at a target, as well as exposure to the chemical itself (ie. spray yourself with it). The reason for the latter is so that you know how it feels and can understand how to operate with exposure. If the wind is wrong or just poor luck during an attack (as if an attack isn’t bad enough luck by itself) you may end up getting some on yourself. It would be ideal it wasn’t the first time during a critical incident. Pepper Spray is also a good deterrent for aggressive dogs.

Some of the pepper sprays on the market also include a UV dye so that the criminal can later be identified. Being UV they will likely be unaware that they have been marked. There is also the option of pepper gel which is a little less likely to suffer blowback.

I consider pepper spray a better nonlethal option than a stun gun for the reasons I discussed above as well as the ability to strike a target at a distance rather than having to actually make contact with them.

Taser has become synonymous with the concept of s shooting stun gun. Taser is actually a company that specializes in advanced non lethal weapon systems and the leading provider of what we are referring to here as a taser. Their consumer model (Pulse) will generally run you around $400+, there are of course other brands out there as well with varying quality.

The taser is a small weapon that resembles a beefy pistol which fires two prongs that stick to the victim and deliver a shock.

Finally, there is the least common form of self-defense – a Taser. The Pulse mentioned above has an advertised striking distance of 15 feet and allows for a 30-second shock. Which is a pretty good amount of time to subdue an aggressor. These tend to be much more effective than a stun gun, but are not perfect. You can do a search and find videos of aggressors that have fought through a taser delivery and still remained an active threat (often resulting in their death during an altercation with police). Another drawback to these are if you miss your shot they are not an immediate shoot again device and therefore you will not likely have time for a second shot during that incident. Though that is not out of the question as you could certainly work on reloading and deployment speed via practice. As mentioned above a taser is a costly non lethal option, but if it serves your intent it may be one for consideration.

There are certainly other non lethal options out there, but these three are the most common in the marketplace. Non lethal delivery has its place, but its use and application should be considered very deliberately by anyone choosing to utilize this method.

Do you carry/use a non lethal device for protection? If so tell us about it. What and for what purpose do you carry it? We’d love to hear your feedback on the topic.

Check out our other articles and don’t forget to sign up for our MWP Newsletter for up to date information on the topics you care about.

As a 20-year Army Special Operations veteran with numerous deployments and extensive S.E.R.E. and Personnel Recovery expertise, he is a respected leader and trainer with extensive experience in planning and executing high risk, low visibility evolutions in volatile and austere areas across the globe. He is married to Jennifer Blevins of Beaumont, Texas and is the father of five.

2 thoughts on “3 Most Common Non-Lethal Self Protection Devices” 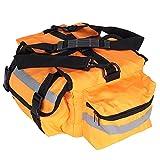