A Little Backstory Of My Own

Gardening is an important part of a self-reliant preparation plan. As such it should be on the agenda or worked into every preppers overall goal. I confess this is an area that I lagged behind and honestly could still (and I am working towards it) improve on. I recognize the importance of it, but gardening somewhat intimidated me, and I continued to put it off.

Knowing better I still reasoned that I had plenty of food storage to get my family through multiple seasons and that should certainly be enough time to establish a garden. After all I kept all the supplies on hand (seeds, etc.) and would start to work it if needed, in the meantime, I just didn’t have the time to dedicate to it. I knew that was a shitty excuse, but continued to push it down the road for years with it.

Amazon Disclaimer: We provide affiliate links to amazon products when appropriate to the content discussed. These links help to fund our effort to bring quality information to the Modern Warrior Project community.

The simple fact is the absolute worst time to try and learn a new skill is when it is critical to your survival. I preach that with everything, survival, shooting, etc… I knew better but I just pushed it down the road. Additionally, having an established garden provides you with excellent free (or cheap) food to continue to build up your storage.

Finally, I decided that enough was enough and I was just going to do it. Start a garden, quick overthinking it, and give it a shot. One of the big reasons I would put it off is every time I would look into planning one I would get so wrapped up in all the fine details and perfect ways to do it and honestly it became overwhelming. Eventually, when I just decided I’ll give it a shot and if it fails I’ll learn from it I was able to get behind doing it. To my surprise and good fortune I actually had great success in my first-year attempt. I was also hooked on it. It was absolutely fun to go out daily and be surprised by what new vegetables might be ready for picking. It was also at this time I realized…man I’m getting old. I used to be excited about heading out to the club for the night and now I’m excited about a new tomato. Oh well, it is what it is. I’m still not a master gardener and definitely not self-sustained by our production in the yard, but we’re slowly working to it and I’m consistently learning as I go.

As I mentioned I put off actually creating our garden for years! All those years could have been small lessons along the way and had I not wasted them I would be exponentially further along my green thumb path. Not to mention all of the produce and money saved I could have realized had I just bit down and started earlier. Don’t make the same mistake I did. Don’t put it off, instead determine to put seeds in the ground and start this season. You won’t regret it.

Plan, But Don’t Make It Too Hard

Planning out your garden is important and I’ll hit on that below, but don’t get too wrapped up in doing it perfect the first time. There is a seemingly endless amount of information on gardening and you could probably spend years just trying to study everything there is about the right way to plant and handle a single plant such as Cucumbers, but at the end of the day you’ll likely end up confused and frustrated if you keep pushing down the rabbit hole.

Instead, study up on some of the general guidelines and basics and continue to read and learn as you do (ie. once the plant is in the ground). You will most likely decide on things you could’ve done better, that’s ok. You can implement those changes next season. The most important thing right now is decisive action in the form of getting your garden started.

Plan According To Your Region

As I stated you don’t want to get stuck by digging too deep into the planning, but you certainly do want to put some effort into doing things right the first time. You can do so with some basic planning.

A great starting point is studying up a little bit on your specific region. Gardening and plant varieties vary by state and region more specifically. What may grow very easily in one area may struggle or be almost impossible to grow in another. Planting the wrong produce for your region will almost certainly lead to disappointing results.

When you buy your seeds and plants they will generaly have a label or card that expresses thier hardiness and where they thrive best. This information utilizes the regions discussed above which are broken into 11 zones here in the United States.

The United States Department of Agriculture (USDA) has a map that makes this research simple for you by identifying the zones and showing you which foods grow best in which regions as well as the ideal planting times.

To find your specific zone simply locate your region on the USDA map and there it is. You can also gather good information about when it’s best to plant your garden specific to your zone and more as discussed earlier.

Don’t Get Too Exotic

When you’re fist starting out I would avoid going to exotic in your gardening effort. Instead I would primarily focus on what seems to be relatively easy producers and things your family will enjoy. This isn’t to say you can’t throw a little extra here and there in, but due to the fact those are more at risk of failing or problems you want to try and help ensure a fair level of success as you start off.

It’s almost guaranteed that you know someone local that has a garden…..even if you don’t know about it. Talk around with your friends and acquaintances about the topic. Some of the absolute best advice and tips I recieved were from locals. After all they’ve been there and done that. Take advantage of that fact and learn from thier experience. Most people are not only willing to share about thier hobbies, but generally excited to talk about it with others.

Beyond people you know directly there is probably a social media group in your area dedicated to the topic as well as broader non area specific groups. Join a few and get involved with the conversations. Forums and groups can offer a wealth of information and are generally one of my most reliable resources when troubleshooting a problem.

While certainly not a necessity I recommend adding a little variety to your gardening endeavor by also planting an herb garden. This can certainly (and I think should) be seperate from the main garden. We actually do most all of ours in containers. These are just one more fresh source of food and flavoring and from my experience most herbs are relatively easy to grow.

You may even want to consider sprouts as they are a different monster all together, provide excellent nutritional value and grow very quickly.

Have A Plan For Harvest

If you have any measure of success with your garden there is a good chance you’ll produce more of a given vegetable than you will be able to eat while it is still fresh. Knowing this is a likely outcome it’s good to have a plan in place on what you intend to do with the excess. You can ‘Can’ some of them and put them away for use later greatly contributing to your food storage. You can also talk around to other gardeners and potentially work some trades (eg. I’ll give you some carrots for some cucumbers). And, of course you can donate and give away the excess to others. Ultimately what you do is up to you, but you just don’t want to get caught off guard and watch them spoil because you didn’t have a plan.

If you’re a prepper then there is no better time than right now to work on building up your survival garden. There are a number of considerations with gardening to figure out such as do I go with a raised bed, container garden, and other things, but don’t get overwhelmed with the process. Most importantly don’t let a desire to do it just right the first time cause you to put it off until you have it all figured out. There is a ton of benefits and experience that you’ll gain from actually just doing it, and you’ll have a garden started. Good Luck! 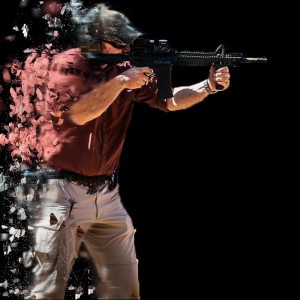 Over the years I’ve often heard that it’s expensive to eat healthy. While there is some truth to that statement, it certainly can be done.

3 Most Common Non-Lethal Self Protection Devices

There may be times that a less than lethal option may be the best choice or even only one. Check out this article on the three most common non lethal devices in the market.

No spam, just great info, and discounts directly to your inbox.

Do You Even Gua Sha

If Nothing Else You Should Have Learned This From Covid 19

Is our Freedom of Speech Lost: A Nexus of Corporate Oppression