What is the Bear Grylls Parang?

It’s a stout beast of a machete that makes relatively easy work of most of your wilderness hacking tasks as the Malaysian design is intended to. I’ve had the Bear Grylls Parang Machete for quite a while and use it frequently. It is generally the first tool I reach for if I have a machete or hatchet-type task to knock out. Its comfortable grip makes it ergonomically friendly for swinging through the brush, and the heft of the tool provides assistance in chopping through branches without being overly heavy and cumbersome.

Amazon Disclaimer: We provide affiliate links to amazon products when appropriate to the content discussed. These links help to fund our effort to bring quality information to the Modern Warrior Project community.

The Parang comes with a solid sturdy nylon sheath that attaches to your belt and has snaps that you can utilize to allow easier removal and insertion of the machete. There’s also a little hidden extra on the backside of it. What’s the extra? The back of the sheath has a small pocket with a folded Survival Guide Sheet. The material it is printed on seems to be a plastic-based tear-resistant one (similar to Tyvek…it may even by Tyvek) and holds up well. I haven’t pulled mine in and out of the pouch much over the years, but I have been surprised to see that the pouch (which is also a plastic-type stitched pocket) and the guide have held up well without any ripping.

There seem to be a lot of people who do not care for the Bear Grylls branding (in fact you’ll likely catch some s*** for it in the survival community) or the orange accents of the tool. As for me I personally don’t get too wrapped up in such things unless I have a reason to and in this case, I don’t. As for the orange, I find it useful to easily spot against a natural backdrop. I personally prefer my machete to not be well camouflaged when I’m looking for where I last set it down at the campsite. NOTE: I’m describing my version of the Gerber Parang. There have been some variations for the item over the years which I’ll discuss further below.

What is the Bear Grylls Parang Made Of?

The Gerber Bear Grylls Parang Machete has apparently gone through a multitude of revisions over the years before it was discontinued from the company. As such it is possible some of the specifications below are accurate for some but not all of them on the market. Keep that in mind when making any consumer decisions on it.

Would I Recommend The Item

No! Early on and if you could buy my exact model I would. It has been great to me, however with the various changes and issues associated with it over the years I would not recommend buying it (reasoning is explained in the video). To do so you’ll have to pay well above market price for a comparable item and may end up with a substandard tool, and at the price tag, I just can’t in good conscience recommend the risk of doing so despite my love for my version.

As for general models of this Gerber Parang, there were apparently 2 initially. The one I’m reviewing and a smaller version. Though I can not easily find info on the smaller version. Beyond the two styles, this machete has gone through a number of different model (numbers and obviously manufacturer) variations over the years of its production. From what I can tell most will be transparent to visual inspection other than the sheath which has undergone visual changes. The unseen variations appear to have been made in the quality and manufacturing process as can be seen from drastic review swings (best machete ever to worst machete ever) and manufacturer recalls. You can check out two of the recalls here and here. One is for the blade breaking on a particular model and the other is for the parang cutting through its sheath.

2 Money Symbols is average in the market for the item types.

Value for the Money

Originally the Gerber Parang was a good value for the cost, however, with the poor quality introductions, the product you received was not worth the money even though cheaper than the market equivalent. Now if you can purchase one the sellers have inflated the price due to the scarcity of those available and once again the cost does not warrant the product. In the end, you would be better off getting a good quality market equivalent such as some I’m sharing below.

There are a plenty of parangs and parang style machetes on the market to choose from. It’s unfortunate this one is no longer available in the original quality, but it’s not a huge gamestopper either. Below I’m listing some seemingly popular alternatives to consider for purchase.

While I love my Gerber Parang it is unfortunately no longer a likely option for those in the market. That said if you haven’t tried a parang style machete you should give one a try as you may find you really like the heft and style of the tool for your outdoor use. Do you have a preferred machete that you love? Share it with us in the comments below!

Check out our other articles and don’t forget to sign up for our MWP Newsletter for up to date information on the topics you care about.

As a 20-year Army Special Operations veteran with numerous deployments and extensive S.E.R.E. and Personnel Recovery expertise, he is a respected leader and trainer with extensive experience in planning and executing high risk, low visibility evolutions in volatile and austere areas across the globe. He is married to Jennifer Blevins of Beaumont, Texas and is the father of five.

The Survival Rule of 3 Broken Down

Kids And Guns, Teach Them Young, Safely, and Correct

Six Medicinal Plants To Grow For Your Garden Pharmacy 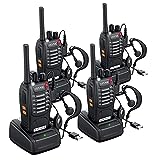 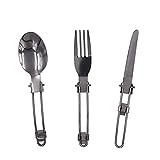