The Modern Warrior T1 Static Threat Target is the first truly innovative change in paper targets since ink. Every aspect of the T1 has been meticulously designed to maximize training value and provide practical versatility for shooters of every level. Career firearms instructors from all walks of life (private sector, law enforcement/SWAT, conventional military, and special operations) pooled their considerable expertise to collaborate on this one of a kind product that promises to hone your skills and give you a competitive edge in defensive engagements.

The Why Behind the What

The T1 is built around a photo realistic image scaled to be just slightly shorter than the height of the average American adult male (approximately 5’9”). The size was chosen to support the “aim small, miss small” principle so shooters can effectively and confidently engage threats of all sizes at all distances. By training with a real image, shooters quickly become familiar with a sight picture similar to what they may expect to see if they’re ever actually forced to defend themselves. We’ve included a firearm so the target represents a clear and present danger thus ensuring positive threat ID is always programed into the target acquisition process. The firearm is intentionally held slightly off-center to allow for better visibility and above the waist line but below the chest to force a complete evaluation of the target.

The black background provides the best canvas for the photo to remain nearly monochromatic while still being lifelike. Black also ensures a full and proper scan is required to pick up the threat during low light training (i.e. we don’t cheat the shooter by giving them a huge highly visible rectangle of white target paper that immediately draws their eye when the edges of their light beam catches it). Over top of the backdrop, we’ve laid down a 1”x1” grid that disappears behind the threat giving it a sense of depth and helps it appear nearly 3 dimensional. This grid also assists with zeroing.

The primary target itself features full color printing that emphasizes the 3 Centers of Gravity shooters should target to quickly eliminate a threat or reduce its capacity to do harm. The body’s anatomically correct internal structure is on full display in these 3 locations to offer shooters an essential view inside each Center of Gravity. To assist shooter’s in finding the general point of aim for the pelvis on real world threats, we’ve made the primary target’s belt buckle visible to illustrate the rough division of the kill box. Surrounding these areas are pencil thin lines which fade at distance but designate optimal hit zones for standardized grading. They also let shooters work on accuracy or precision as the drill requires. The core skeletal structure and major veins/arteries remain barely visible outside of the kill boxes but give shooters a better understanding of the potential trauma their rounds might have caused. To further detail the effect hits outside Centers of Gravity may have, we’ve provided two medical grade reference diagrams roughly 3.5”w x 4.5”h that detail the entire skeletal system and all internal organs respectively. These side images are subdued to fade at distance so as not to distract from the primary target.

In the top right, we’re thoughtfully included a 6” square concentrically located with a nearly 4.25” diamond and a 1” circle, all of differing colors. This secondary target is meant to facilitate warm-up drills, fundamentals practice, error diagnosis, zeroing, focal point transitions, and precision fire – all without detracting from the primary target. We choose to make the circle the brightest object as it would give shooters a consistent point of aim for optics adjustments and when helping instructors identify and resolve student issues. This relatively tiny portion of the T1 boasts an impressive 15+ geometric zone options and thirty-six 1” squares. As with every other aspect, we’ve purposely subdued this secondary target to make sure shooters stay focused on the threat during the majority of their training. We’ve even labeled the T1 in the lower-right hand corner to make preparing for training and sorting targets by instructors and students as easy as possible.

Unlike any other target on the market (that we’re aware of) the T1 has matching pasters custom made for it. These allow you to get extended use during training without degrading the value of the target during your session. We’ll post a video soon explaining how to get the best use of the pasters. We even occasionally throw a few free ones in with your order because we’re awesome like that.

No matter what you’re training objectives are this target has you covered. Unlike many of the other options out there, the T1 has everything you need and absolutely nothing you don’t. Forget the gimmicks and demand the best – Demand the T1.

*The T1 Target is the first in a line of paper targets that have been deliberately created to balance and complement each other in order to deliver a simple, affordable, and incredibly well-rounded approach to a complete training program. Check back often as we continue to release new targets.

You may also like our T2 Target and other shooting supplies

Stay Informed on Tactics and More 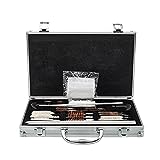 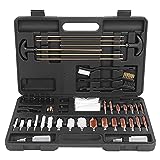 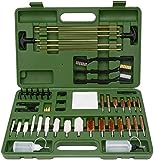 Message from MWPFREE SHIPPING ON ALL ORDERS OVER $24.99

Thanks, Now be gone so I can grab some gear!